Old version of the site Add to favourites 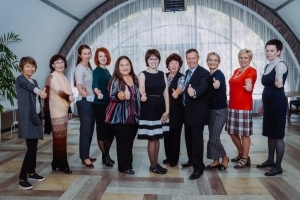 The All-Russian conference devoted to the celebration of the World Ostomy day took place  on the 3rd of October in Samara at Green Line Hotel.

More than 300 participants among them people with stoma, their relatives, doctors, nurses, medical students and care volunteers, officials from the Ministry of Healthcare and the Ministry of Social & Demographic Policy, the Social Insurance Fund of the Samara region, representatives of regional ostomy patients’ associations, producers of ostomy care & hygiene products Coloplast, ConvaTec, Hartmann & BBraun attended the conference.

The WOD is a world-wide event that is celebrated in more than 100 countries of the world on all continents following the tradition set by the Professor Dr. Gerhard Englertin1993 and backed up by the UN, now it is celebrated every three years in the beginning of October. It is an international celebration that aims at improving the rehabilitation of ostomates worldwide by bringing to the attention of the  public and the global community to the needs and aspirations of ostomates. Each WOD has a new motto.  This year’s theme is “Speaking out changes lives”.

The WOD has played an essential role in informing political elites of different countries of the needs and concerns of the people with stoma, who would like and can  remain active and useful for their families  and society, can work  for their own and society’s benefit. It might sound pragmatic but organization of the rehabilitation system brings more benefits for any state than invalidization of ostomates and their isolation from society and public life because society is best perceived by the way it treats the most vulnerable.

This year all the events held in the framework of the WOD’s celebration are focused on raising awareness of the public to the needs and aspirations of ostomates.

Celebration of the WOD in Samara showed that Russian ostomates are part of the world ostomy community. Russian people with stoma were greeted from 2 distant corners of our planet from Iceland by Jon Thorkelsson, President of EOA and from New Sealand by Richard McNair President of ASPOA. 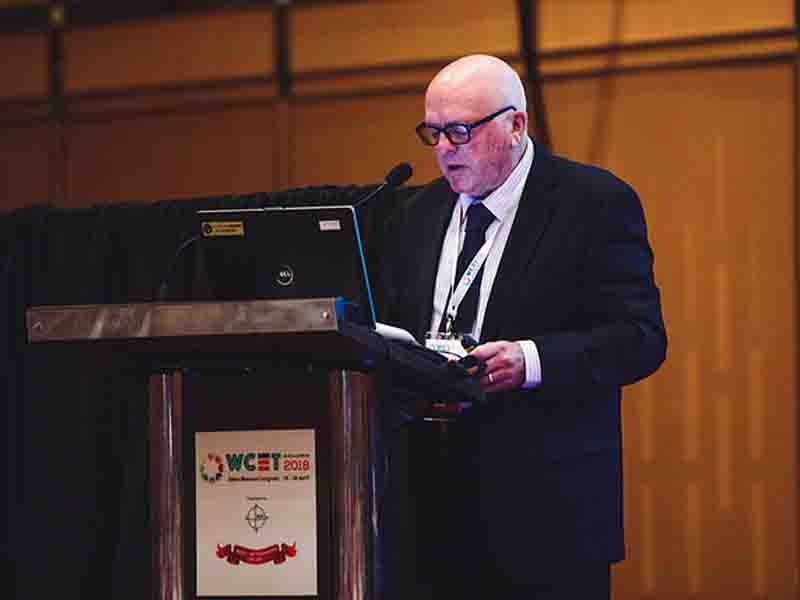 The ASPOA is composed of full member associations that were once part of the Asian Ostomy Associaiton (AOA) and the South Pacific Ostomy Association (SPOA).

and the Minister of Labour and Social Protection Maksim Topilin.

The WOD in Samara was covered by the regional TV and press.

The conference hosted the exhibition of ostomy care and hygienic products by Coloplast, ConvaTec, Hartmann and BBraun.

The participants of the conference were welcomed by the officials form the Ministry of Healthcare of the Samara region and chief medical specialists of the region.

Certificates of recognition were awarded to individuals and organizations which contributed to the development of rehabilitation system in the Samara region.

Reports of the officials from the regional Ministries of Labour and Social Protection, Social Insurance Fund and Chief Medical Expert generated interesting discussions with ostomates who asked the government officials a lot of urgent questions and made proposals on the further development of the rehabilitation services. Consultant of the WHO Tatiana Zavialova called attention to the importance of legal recognition of ostomy care system in Russia.

The conference moderator President of the National Association of Patient with Excretory Dysfunctions ASTOM Vyacheslav Sukhanov made the presentation entitled «Rehabilitation of ostomy patients in Russia: problems and opportunities» in which he shared with the participants his main concerns and challenges as well as suggested the optimal ways to solve them.

Public block of the conference was opened by the presentation of the Chairman of the regional association of ostomy patients “Together” Tatiana Borisova  who discussed informational support of the ostomates.

Representatives of the regional associations of ostomy patients from Astrakhan, Vologda and Perm shared their best practices in cooperation with all stakeholders of the rehabilitation processes, mobilizing and utilizing resources, meeting the essential needs of the ostomates.

Representatives of the producers such as Coloplast, ConvaTec, BBraun presented a wide range of innovative ostomy care and hygienic products, explained how to choose and use them.

The conference adopted a resolution that comprised all the concerns, aspirations, needs and demands of the people with stoma in Russia as well as appealed to the relevant government bodies to solve them. The resolution will be directed to the heads of the relevant federal and regional Ministries, organizations and other official bodies.

The first part of the conference was followed by the coffee-break with live country music and a lottery conducted by the Vice-President of ASTOM Dariya Nazarova. The lottery winners received useful and valuable prizes.

Master-classes attracted a lot of attention of the participants of the conference who learned a lot of useful things and received advice of the experienced stoma care nurses.

The conference has become a platform for an active dialogue and exchange among leading experts and all the participants of the rehabilitation process.

We’d like to thank and express our appreciation to the producing companies Coloplast, ConvaTec, Paul Hartmann and BBraun for their active support and assistance in organization of this successful conference.